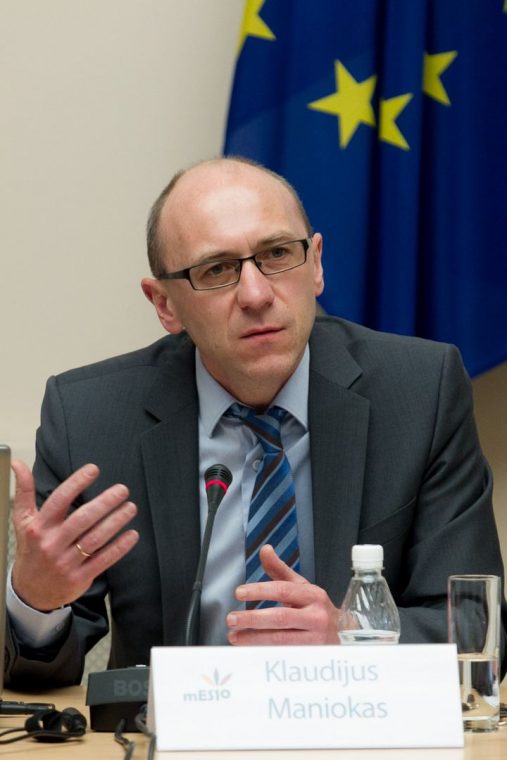 Klaudijus Maniokas: „Glory to the European Commission for preventing Lithuania from dragging the EU into a war with Russia“

Klaudijus Maniokas
I see a lot of murky water in the Kaliningrad transit story. I will try to explain. Last time I asked who was lying, the Lithuanian Foreign Minister or the European Commission. The answer is now clear.
We have heard for some time that the regulation does not provide for any exemptions for the Kaliningrad transit, and that is why we did not apply any. Lie. The regulation very clearly provides for an exception for the Kaliningrad transit. In black and white. Then the Lithuanian side starts to interpret that this transit is not about freight, it is about some other things (as if transit of freight is not the transport of freight), but it is clear. And I think everybody understood that. And that’s why the other lie has emerged.
Lie No 2 by the Lithuanian Foreign Minister, that Lithuania followed all the interpretations of the European Commission. This was the case before. Now it turns out that nobody sought or received any clarification. For the sake of accuracy, I will quote the Minister’s interview yesterday: „I could say even more that Lithuania did not think, did not seek any additional clarification, because we thought that the one that was provided was sufficient and clear“. They did not seek and did not receive it because everything was already clear enough – there was an exception for the transit of Kaliningrad. And finally, the last lie.
Lie No 3 by the Lithuanian Foreign Minister. Here, everything is in the hands of the Commission, let them just explain, we will do as they say, etc. It was here before. Now, it turns out that the Commission’s explanations are no longer very appropriate, and we know better here, and we will disagree and argue.
And the verdict. It turned out that Lithuania, knowing full well that this was the case, was preparing to misapply EU law, thereby escalating international tensions and seeking to involve the EU in yet another conflict with Russia. Kudos to the European Commission, which seems to be interpreting the regulation as it was intended and will prevent this attempt. I apologise for doubting the unambiguity of its interpretation. I did not expect the Lithuanian Foreign Minister to lie so brazenly. Best wishes to all friends and former colleagues who work there. In general, such a deliberate misinterpretation or outright non-implementation of EU law is not uncommon, and what is unusual here is that the country’s leading politicians are directly involved.